Meet Fuse, a bombastic explosives expert who left behind some very powerful enemies on Salvo to join the Apex Games. x.ea.com/67416
Fuse has always loved a good fight. For most of his life, Fuse was a mercenary. He pulled off jobs big and small alongside his childhood friend, Maggie. But as time passed, their interests diverged. Fuse found his calling fighting in Salvo’s bloodsport: the Bonecage. He proved to be the best, most charismatic and beloved gladiator in the arena. But he itched to join the grandest stage of them all: the Apex Games.
Fuse’s natural affinity for explosives allows him to carry an extra grenade and throw them further than other Legends. When grenades aren’t enough, he can deploy his Knuckle Cluster to launch a cluster bomb that continuously expels airburst explosives on impact. And when it’s time to REALLY bring the boom, Fuse can use “Wally” to shoot out the Motherlode - a massive bombardment that surrounds his target in an awesome ring of flames.
Learn more about Fuse’s story: am-posts.info/list/sa60u5ycqGvFo3I/video&t
Learn more about Apex Legends Season 8 - Mayhem: x.ea.com/67416
Apex Legends™ is a free-to-play battle royale game where legendary characters battle for glory, fame, and fortune on the fringes of the Frontier. Play for free now on PlayStation® 4, PlayStation 5, Xbox One, Xbox Series X|S, and PC via Origin and Steam.

郭かくかく 6 օր առաջ
To those who may concerns: My APEX Account was banned about 01/23~01/24. I was warned using an illegal program in APEX. Thus my account was banned. However, I never used any kind of cheat software, and I even didn't login APEX during 01/23~01/24! I check my RANK point was got up for no reasoon, so I think my account was hacked. I report this case to EA chinese and provide all of my information, such as APEX Account and IP Location in 01/24 afternonn, Hoping that EA will help me to prove my innocence and give back my EA Account and APEX uesr service. However from 24th, Jan. until today, I have already sent lots of mails and never got a reply. Oops, sorry, there's still a reply, saying that I report the same problem so "cancel" other case for me. Wow, that is so kind, for EA still not fixing my problem. All money I spent on APEX SKIN was WASTED simply because EA IGNORE their customer and their TERRIBLE customer service!!! Had EA ever care about their user, I already contact Judiciary in Taiwan to get back my money. I will NEVER concern EA anymore and suggest all the other users to do so: Do not spend any money on EA, who consider consumer rights b.s.!!

Pmguino 8 օր առաջ
Theory: fuse is forge because he has the same hair and names are similar And if you can’t tell this is a joke

rilex light 12 օր առաջ
Am so happy right now because *calebtools* on Instagram help me to unbanned my account that was ban for no reason.

rilex light 12 օր առաջ
Am so happy right now because *calebtools* on Instagram help me to unbanned my account that was ban for no reason.

Ellis Maximus 15 օր առաջ
Nobody: Fuse theme song in the background at the end *boing*

DENIX -San 16 օր առաջ
0:12 NANI IS THAT A JOJO REFERENCE There was a charcter named dirty deeds done dirt cheap

DENIX -San 14 օր առաջ
@The Maniac Gaming not really sure

Night Wolf 17 օր առաջ
so wait, he has a cannon arm, he lost an eye, and he fights to the death? "HAIII YAII FORCES."

Tyler Hawley 14 օր առաջ
@The Maniac Gaming there's no way he should be able to use that fucking ult twice in the same fight, it's absolutely outrageous. Every squad I see has a mirage and I understand that he was super underpowered before but there's gotta be a better solution than this chaos.

sleather 14 օր առաջ
in jojo part 7 there's a stand called D4C aka "dirty deeds done dirt cheap". it could be a reference to both though.

The Maniac Gaming 14 օր առաջ
It’s a reference to the song!

Funny Valintine 17 օր առաջ
One Obscure reference that refers to a song and loosely ties to JoJo, JoJo Fans hipity hoppity this comment section is now our property

Dr Prez 18 օր առաջ
Is that supposed to be a didgeridoo at the end?

Markus 18 օր առաջ
this feels like the guy in rainbow six who loves explosives and is called fuze.......

Sophy Jacks 20 օր առաջ
Really wish his canon changed with his skin. That would make sense since it’s already on his back in the chin😐. Like all of those crafting materials were wasted just for something I can’t see while I’m playing.

Ryan Carr 21 օր առաջ
Is it wrong that I think his Aussie accent makes him even more baddas? His practically Crocodile Dundee and Junkrat's lovechild!

Kauan 22 օր առաջ
Respawn, I think it's time for you to make a Legend straight man, because you already did Bloodhound non-binary, gay Gibraltar, Fuse BI, and now it's time to make a Legend Alpha Male, style of movie characters 80s / 90s Ex: Rambo, 007, William Wallace etc ..... Or did you forget that there are men who like women and not other men?

シロクロ 23 օր առաջ
Why do I have to be matched by myself? Request explanation for operation. The operation should be obliged to meet this request. I don't even deal with cheetahs and it's garbage, you guys

Phantom Red 23 օր առաջ
Ring of Fire, and there's NO JOHNNY CASH REFERENTS, for someone who's bringing the Old school he got nothing

William Nysveen 24 օր առաջ
the second you make a character australian, he loses all personality

bilishu aliss 24 օր առաջ
Ok imagine this.. fuse, caustic and horizon all use their ult at once

Reckless 20 25 օր առաջ
Rocket launchers, miniguns, grenade launchers and msaa please. Your game is either too blurry or too shimmery.

シロクロ 26 օր առաջ
I've been told a lot about fixing bugs that I can't hear footsteps. Why not fix it? Are you willing to run it? I wonder if there isn't. I've been neglecting my duties and often run until Season 8 lol The in-game environment will be much better if you let the gamer run it. It only adds to the inconvenience of leaving it to the idiot. (Since I use Google Translate, foreigners can't read it even if I reply to me, so please understand.)

doire aintu 26 օր առաջ
Okay hear me out. The way he throws his grenades it kinda reminds me of Advanced warfare

Ange _S 27 օր առաջ
In my opinion, the use of the didgeridoo may be a little insensitive to indigenous Australians as this character doesn’t seem to represent or reflect their culture or physicality

Kyper_ Prod 27 օր առաջ
Why aren't executions added for legends with a relic? Gibroltar has what it looks like, but it's not a relic ( 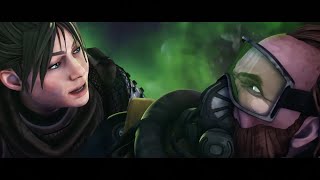 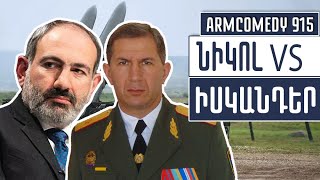 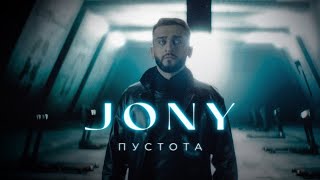 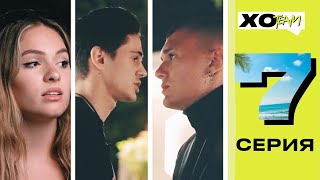